You may think that it can’t happen to you. You’re just a small business owner; what could you possibly have that would entice a hacker? A lot as it turns out.  Did you know that more than 43% of all cyberattacks are aimed at small to medium-sized businesses? In fact, Forbes even puts that number as high as 58%. The average small business owner cannot afford to turn a blind eye toward digital threats. They have just as big a stake as larger, more well-protected companies.

It’s not just the frequency of attacks aimed at the SMB sector, it’s the disastrous and long-lasting damage that they cause. 60% of businesses unfortunate enough to get caught in an online breach close within a half a year. That’s because the average cost of a successful cyber attack on a small business is $200,000, although that number can range into the millions based on the nature of the business as well as their market.

It’s a problem that isn’t going to go away anytime soon. During the past year, filled with a near-continuous stream of turbulent ups and downs, cyber crimes against small businesses increased a staggering 424%. Small business owners need to prepare themselves for the reality of a breach, but the disheartening truth is 47% of all SMBs have no idea that they even need to be concerned about a cyberattack.

Education and awareness are the keys to protecting your company and its assets.

What constitutes a cyberattack exactly? Perhaps SMB owners refuse to acknowledge the presence of digital dangers because the terminology is so vague. Your SMB is vulnerable to an incredibly-wide range of attacks.

By far the most common type of cyberattack comes in the form of malware. Malware literally means bad software, and is a catch-all term for malicious code and software that worms its way into your company’s network. Malware includes:

Malware is designed to obtain sensitive data from your company’s systems or hijack an aspect of your network. For example, ransomware will encrypt important data, requiring that you pay a fee to regain access.

Phishing scams usually use email as their avenue of attack. This scheme involves fooling the recipient into believing that the email comes from a familiar, reputable source. Phishing emails use perceived familiarity to get the recipient to divulge sensitive info such as passwords, login credentials, and financial information.

In recent years, a new type of cyber attack has surfaced: the Distributed Denial of Service (DDoS) attack. A DDoS attack involves an abnormally-high number of network requests being sent to a central server from multiple points of origin. The goal is to overwhelm the server and crash the network, disrupting your business’s ability to operate, resulting in lost revenue.

For a skilled hacker, an SQL (Structured Query Language) is an incredibly easy exploit to pull off. This type of attack involves sending a malicious piece of code —sometimes through a pathway as simple as an internet search query— that gives the hacker access to read, update, and delete sensitive data on a network. While the coding necessary to achieve this is complex, the avenue of exposure is fairly straightforward.

Employees as a Liability

Regardless of the cyberattack’s method, it’s important to keep a critical eye on your employees. The unfortunate truth is that 52% of data breaches come as a result of employee error. Malware and phishing scams are by far the most common types of attacks.

Phishing scams are the equivalent of a digital conman; they use familiarity and manufactured reputability to entice employees to click harmful links or download damaging attachments. Through gullible employees, hackers are able to steal sensitive data or insert malicious software into your system.

In order to combat the legion of scams circulating the internet, it’s necessary to view your employees as a digital liability —at least where cybersecurity is involved. If you start with that basic mindset, you can easily take remedial and proactive measures to protect your company’s assets. 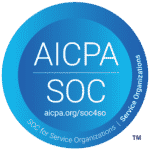